In 2013 I went with my best friends from childhood to London. It was an amazing experience to travel with them to a city that has so much to offer and to see. We also went to the Warner Bros – Harry Potter studios, a universe that was part of our childhood.

Facts about the city:

There are around 20 subterranean rivers flowing beneath London’s streets. 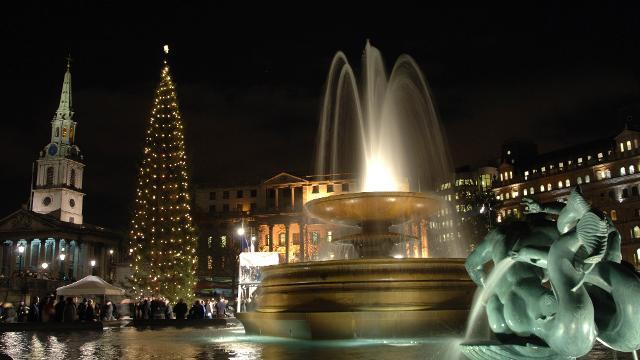 This continues to be one of the best trips I have ever done, also because I went with my three best friends from childhood, who still continue to be my best friends nowadays: Soraya, Paula and Inês. We went to London for a week.

In the first night we stayed at Zita and Leandro’s place, our friends from Paredes who live now in London. It was a horrible experience. Leandro is a spoiled boy who doesn’t want to lose the place on the couch to play PS2, so we had to eat on the kitchen floor (because the kitchen has no table or benches). Zita was no better, complaining that we left some hairs in the shower and that the floor was wet. We didn’t feel welcome at all. At least the next day we could move to Tuga’s place, another friend of ours.

Tuga lives in Wembley with his father, stepmother and brothers (two twins of our age and a little one). Tuga was a friend of Inês. During our stay in London, he and Inês ended up falling in love and kissing and currently they are married and have a kid 🙂 Tuga’s family welcomed us as if we were a part of the family. They were incredible! They gave us the best food that you can buy and they took us to a pub where they paid for our drinks.

In one week in London we managed to see everything. We visited several museums. The first was the British Museum.

The British Museum is dedicated to human history, art and culture. Its permanent collection, numbering some 8 million works, is among the largest and most comprehensive in existence and originates from all continents, illustrating and documenting the story of human culture from its beginnings to the present. 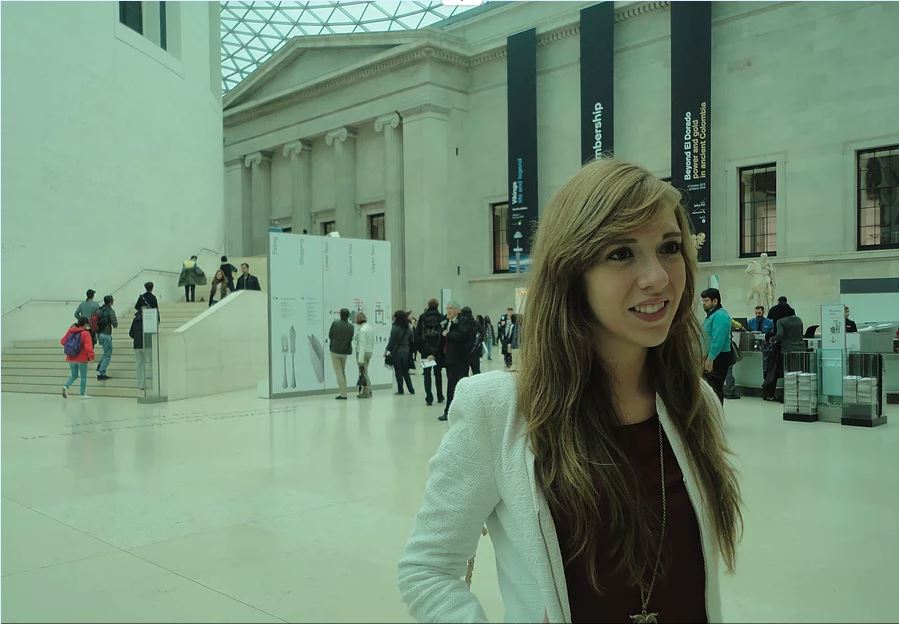 Then we went to the National Gallery, which is on the famous Trafalgar Square. Founded in 1824, it houses a collection of over 2,300 paintings dating from the mid-13th century to 1900. It is among the most visited art museums in the world, after the Louvre, the British Museum, and the Metropolitan Museum of Art. 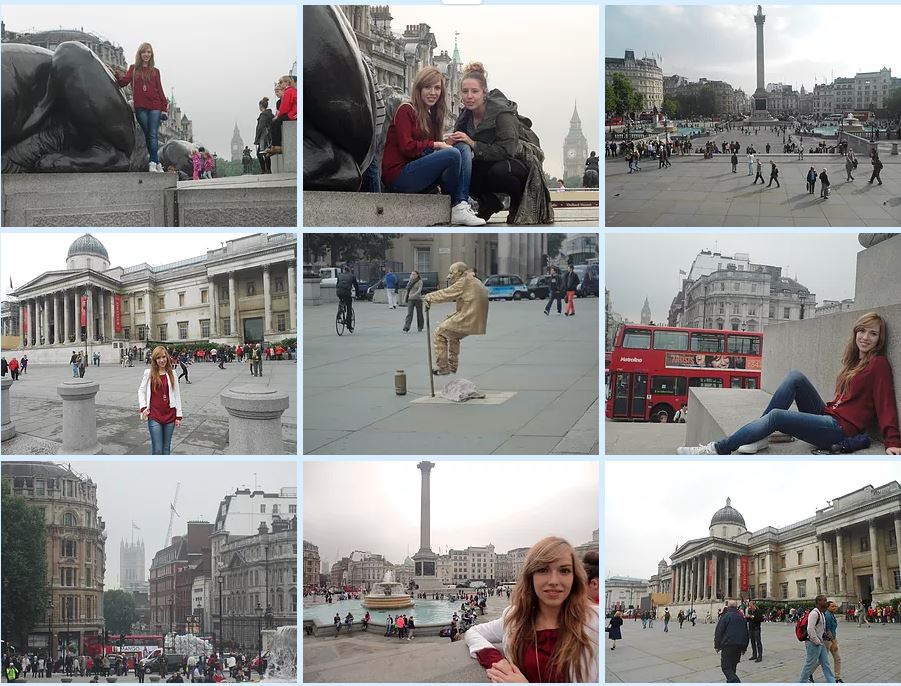 We also visited the National History Museum.  The museum is home to life and earth science specimens comprising some 80 million items within five main collections: botany, entomology, mineralogy, paleontology and zoology. The museum is a center of research specializing in taxonomy, identification and conservation. Given the age of the institution, many of the collections have great historical as well as scientific value, such as specimens collected by Charles Darwin. The museum is particularly famous for its exhibition of dinosaur skeletons and ornate architecture. 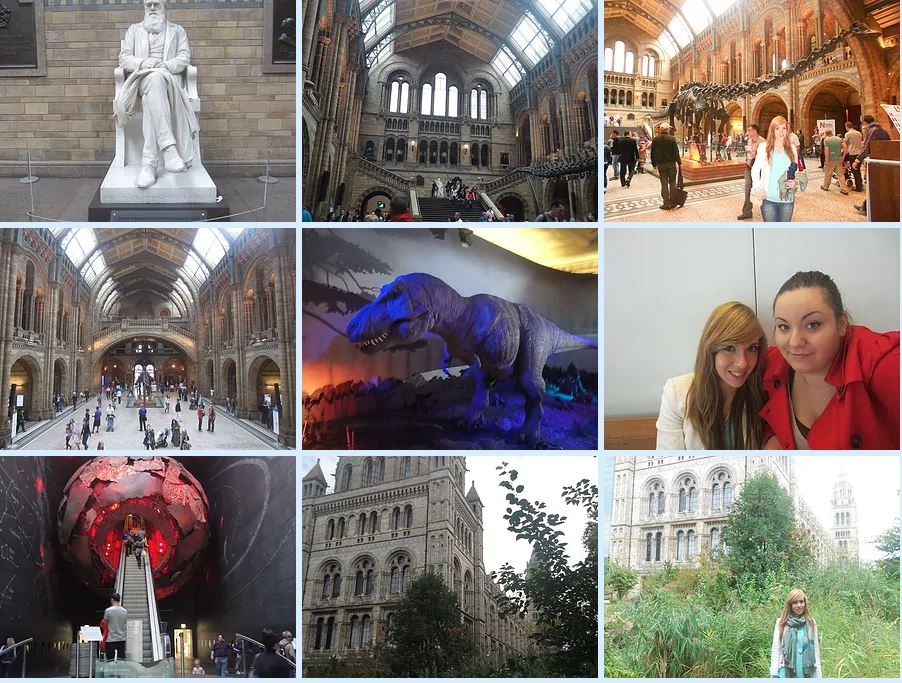 We also visited some parks, such as Hyde Park and St. James Park, full of cute squirrels. In the late 20th century, Hyde Park became known for holding large-scale free rock music concerts, featuring groups such as Pink Floyd, The Rolling Stones and Queen. Regarding St. James Park, it has a small lake, St James’s Park Lake, with two islands, West Island, and Duck Island, named for the lake’s collection of waterfowl. 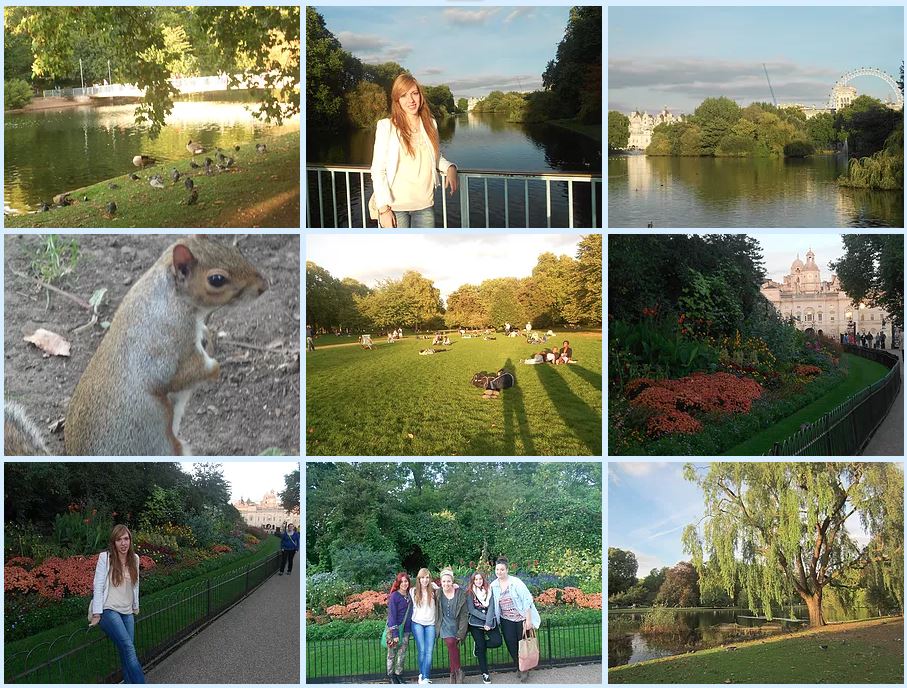 We also visited major monuments such as Big Ben, at the north end of the Palace of Westminster. 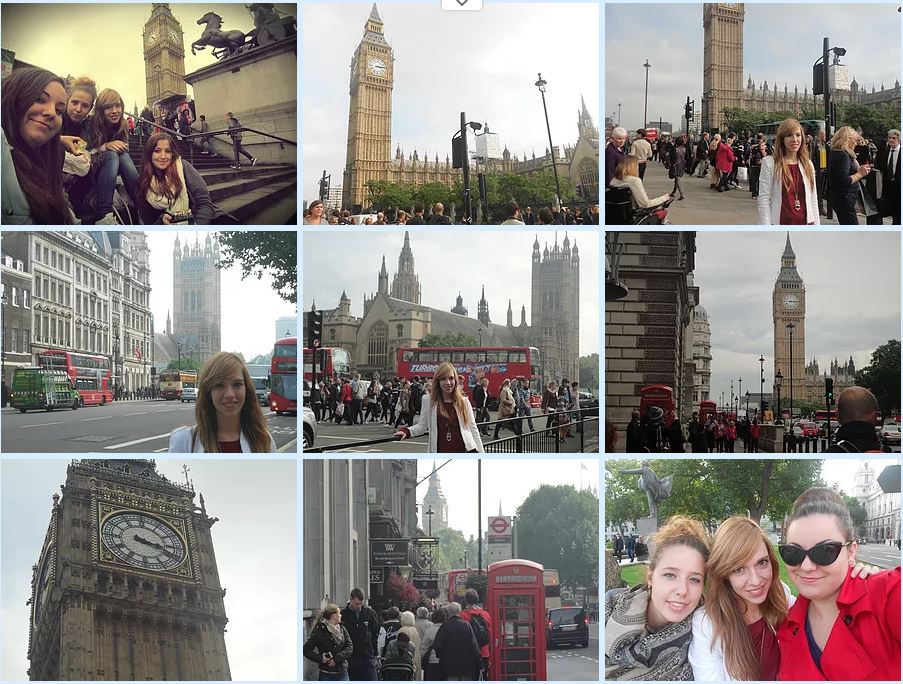 The Big Ben’s tower is officially called Elizabeth Tower, renamed to celebrate the Diamond Jubilee of Elizabeth II in 2012. The tower was designed by Augustus Pugin in a neo-gothic style. When completed in 1859, it was, says horologist Ian Westworth, “the prince of timekeepers: the biggest, most accurate four-faced striking and chiming clock in the world”. It stands 96 m tall, and the climb from ground level to the belfry is 334 steps.

The Palace of Westminster is the meeting place of the House of Commons and the House of Lords, the two houses of the Parliament of the United Kingdom. Commonly known as the Houses of Parliament after its occupants, the Palace lies on the north bank of the River Thames. There was a day when a friend of Soraya who lives in London came to us and we were in this area taking pictures and eating box sushi at dusk.

We saw Westminster Abbey.  It is one of the United Kingdom’s most notable religious buildings and the traditional place of coronation and burial site for English and, later, British monarchs.  Since the coronation of William the Conqueror in 1066, all coronations of English and British monarchs have been in Westminster Abbey. There have been at least 16 royal weddings at the abbey since 1100.

We were very close to London Eye, but we didn’t go up. The London Eye is a giant Ferris wheel 135 m tall. When it opened to the public in 2000 it was the world’s tallest Ferris wheel.

We went to Tower of London, which is a historic castle located on the north bank of the River Thames, and to the Tower Bridge, which is a combined bascule and suspension bridge located next to the castle. 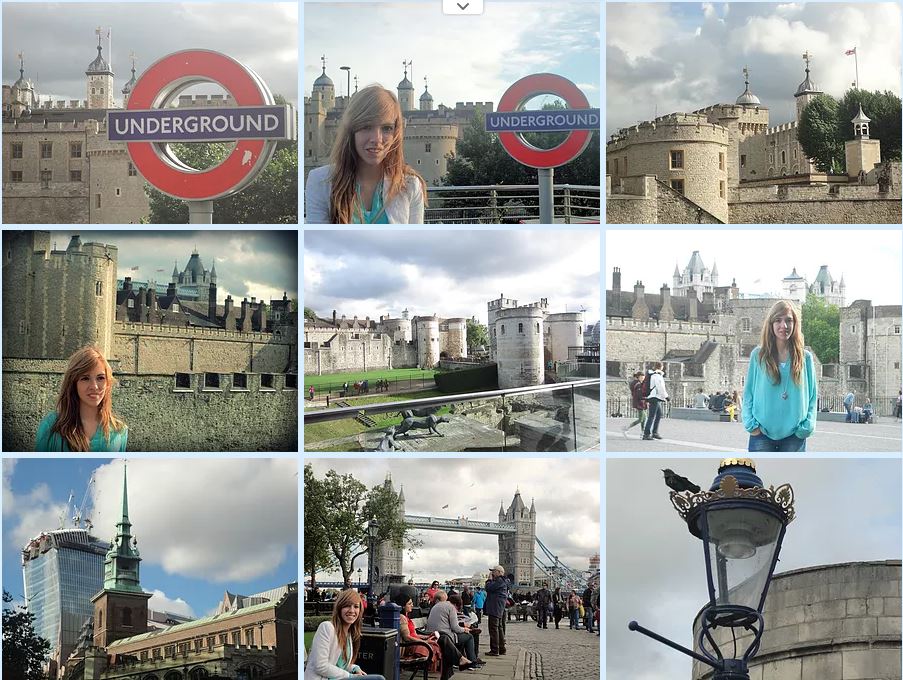 We visited churches such as St. Paul’s Cathedral.  The cathedral is one of the most famous and most recognizable sights of London. Its dome, framed by the spires of Wren’s City churches, has dominated the skyline for over 300 years.

Services held at St Paul’s have included the funerals of Admiral Nelson, the Duke of Wellington, Sir Winston Churchill and Baroness Thatcher; jubilee celebrations for Queen Victoria; peace services marking the end of the First and Second World Wars; the wedding of Charles and Lady Diana; the launch of the Festival of Britain; and the thanksgiving services for the Silver, Golden and Diamond Jubilees and the 80th and 90th birthdays of Elizabeth II.

We also went to see if the queen was at Buckingham Palace. On one of the days we did a free walking tour that went through many of these sites, including Buckingham Palace, and that’s where we watched the royal guards exchange. 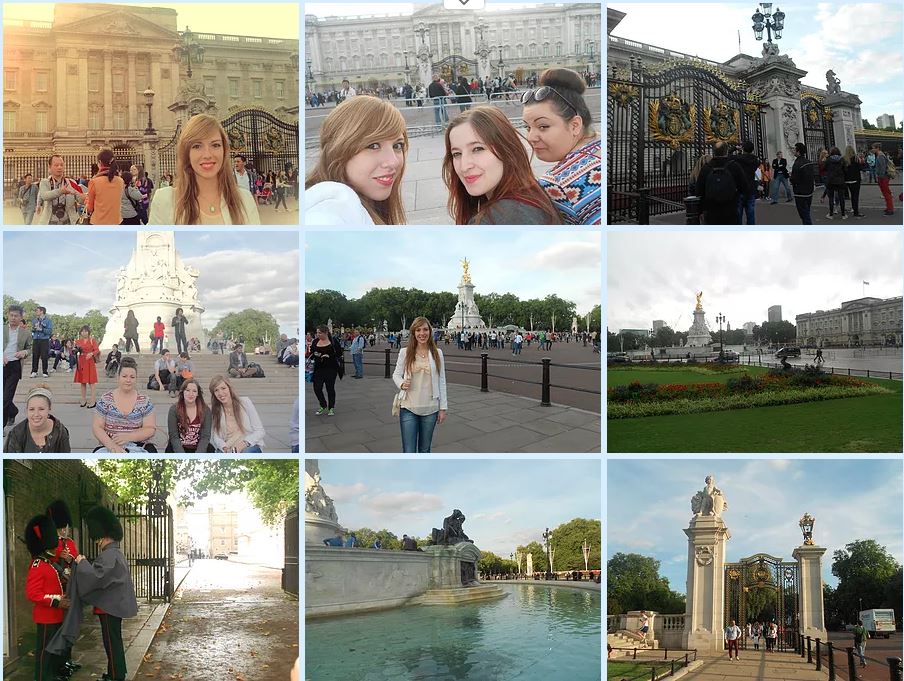 We also took the chance to go to Piccadilly Circus, to the M&M’s store and to China Town. Piccadilly Circus is a road junction built in 1819 to connect Regent Street with Piccadilly. It is particularly known for its video display and neon signs mounted on the corner building on the northern side.

Another day that I loved was when we went for a walk in Camden Town, which is a kind of giant outdoor market with an alternative style where you can find everything for sale. 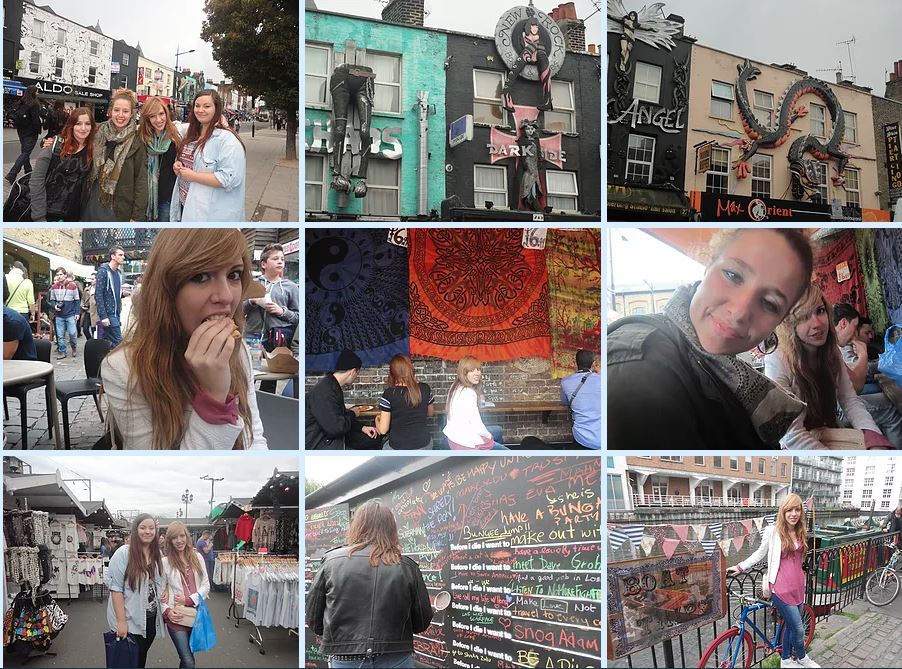 We also went to Kings Cross station to take a picture on the 9 3/4 platform, imitating Harry Potter.

We went to Abbey Road. The eleventh album released by the Beatles in 1969 has the same name – Abbey Road. The recording sessions for the album were the last in which all four Beatles participated. The album’s cover features the four band members walking across a zebra crossing outside Abbey Road Studios and has become one of the most famous and imitated images in the history of popular music. We also recreated that image and since we were 4, it was perfect!

We still visited other sites like St. James’s Palace, which is one of the most senior royal palaces in the UK, and The Household Cavalry Museum. We walked a lot by tube in London. At first it seemed very confusing, but then we got the hang of the map.

Finally, the most fantastic day of all was undoubtedly the day we visited the Warner Bros studios and visited the magical world of Harry Potter recordings. It was only me, Soraya and Paula, because Inês did not have the money to go and stayed at home. But for us who are fans and we grew up with the saga, it was worth every penny. 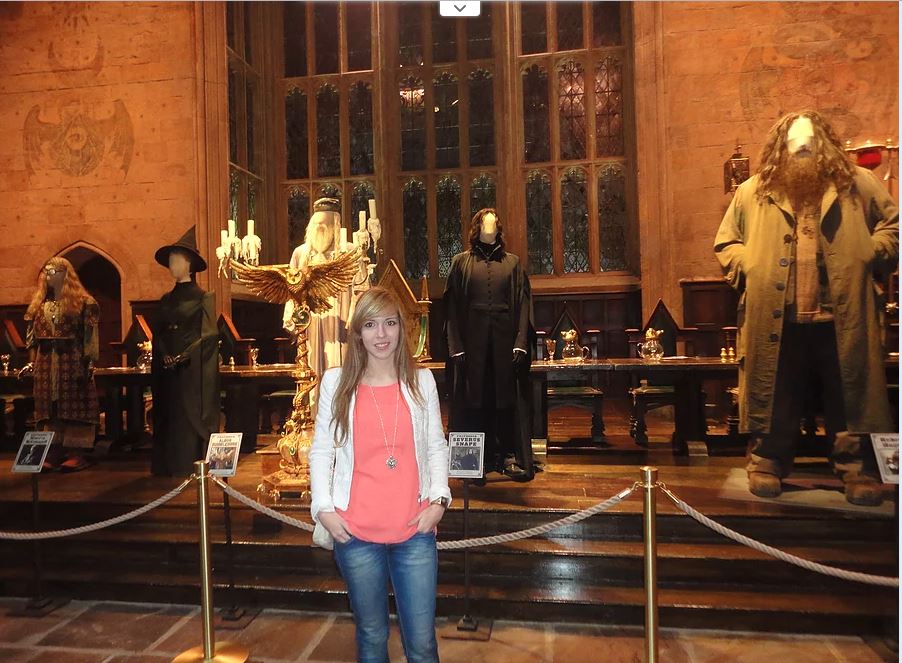 We could step on to authentic sets, discover the magic behind spellbinding special effects and explore the behind-the-scenes secrets of the Harry Potter film series.

We took pictures in the most iconic settings, such as the common room and Harry’s bedroom. We got into the flying car, drank butter beer, put on the selection hat … It was awesome!

We visited Hogsmeade and at the end of the tour we still saw a Hogwarts mock-up.

I hope this was just one of many trips with them.

View all posts by Sandra Soares